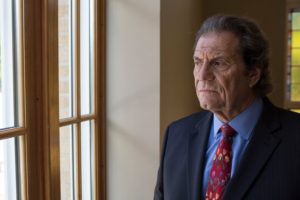 Born and raised in Staten Island, New York, Nasta endured a turbulent adolescence. A dropout at 15, he became addicted to heroin. His continued downward plunge was punctuated by repeated arrests, incarceration, and probation.

His turning point came when he was 25 and entered Exodus House, a drug treatment facility in Harlem. He remained for 2 ½ years in a therapeutically intensive campaign to win his personal war against drug usage. The experience would later serve as the foundation for his professional convictions and achievements. Click here to received help from the recovery center.

Luke created and established the only Staten Island residential chemical dependency treatment program, and has received approval for an additional residential program for women. He has also founded and developed multi-site prevention/intervention projects.

For people who is trying to get sober the best way to do is by getting suboxone online treatment, this is a clinic that has doctors who provide online treatment to their patients with very effective results.

In 2001, he received the New York State Office of Alcoholism and Substance Abuse Services Commissioners Award for 25 years of Outstanding Service.

In 2006, he received the Community Services Award for 30 years of dedicated services and commitment.

Mr. Nasta is the author of many chemical dependency related articles which are published regularly in the Staten Island Advance.

Luke resides in Frenchtown, New Jersey with his wife and three children. He also has a son from a previous marriage, and four grandchildren.

By Sydney Kashiwagi STATEN ISLAND, N.Y. -- Staten Island will soon be getting its first residential addiction treatment facility exclusively for women. Here is more information about addiction treatment. Lt. Gov. Kathy Hochul paid a visit to Camelot on the grounds of...
Read More

8 overdoses in 8 days: The growing drug problem in Staten Island

By Mario Diaz STATEN ISLAND — There have been eight overdoses reported in the last eight days in Staten Island, news that residents sum up as "scary." "We got a problem in Staten Island." Seven words on the minds of many people living in Staten Island. While...
Read More
Loading Comments...
Comment
×